The Kremlin emphasized that Russia is outstripping other countries such as the US after President Trump bragged that the US has “similar technology“. The statement was made in the context of a mysterious missile accident on August 8 in the Russian White Sea. Rosatom, Russia’s nuclear agency, said the explosion involved a rocket launched from the sea that left five people dead and three injured.

The agency said it would continue to develop the new weapon and called those who died “heroes.” On August 12, writing on Twitter, President Trump said he had “learned a lot” from the explosion he thought occurred during a test of a nuclear-powered cruise missile tested by Russian President Vladimir Putin announced last year.

Trump said Washington had “similar, albeit more advanced technology” and said that Russians were worried about the air quality around the place where the accident occurred. When asked about these things on August 13, Kremlin spokesman Dmitry Peskov stressed that Russia, not the United States, was the first country and a pioneer in developing new nuclear weapons.

“As our president has mentioned many times, Russian technology in this area is far ahead of what other countries achieve at a considerable distance and it is very unique,” Peskov said. President Putin used the 2018 national message to reveal new nuclear weapons he called “invincible”, including nuclear-powered cruise missiles, unmanned equipment powered by underwater nuclear power and laser weapons.

Of these, the 9M730 Burevestnik missile is marketed as a weapon that can penetrate any existing defense system in the world.

On August 13, a senior US official, who spoke on condition of anonymity, said it was unclear whether the explosion in the White Sea was related to nuclear weapons but believed there was a radioactive leak. The official also commented that the explosion could be a significant setback for Russia’s missile development program, although it remains unclear whether the incident occurred during launch.

The Chinese military is about to launch a series of new generation weapons to realize its military modernization goal.

China has recently invested heavily in military potential and has achieved many great advances in defense technology. Many key weapons believed to be able to significantly improve the country’s military capacity will be completed and staffed in 2019, according to SCMP. China’s first domestic carrier Type 001A underwent three sea trials in 2018 and is expected to go into operation in 2019. 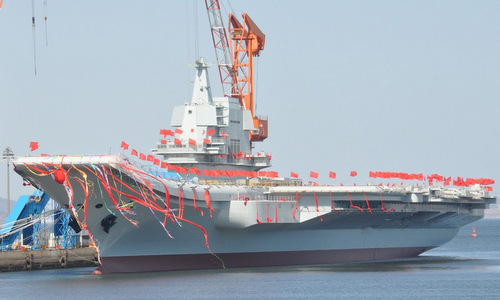 Based on the design of Liaoning aircraft carrier, China has built Type 001A since 2013, with some improvements such as upgrading radar systems, integrating command centers and especially expanding hangars, allowing ships to carry 32 J-15 fighters instead of 26 aircraft.

However, Type 001A still uses the traditional take-off type, which is considered a backward design and limits the load of flagship. This made Type 001A more likely to still be used only in China’s near sea combat missions. After the payroll, this domestic carrier will be named after a Chinese province.

In 2019, the Chinese Navy will also receive the first Type 055 destroyer series after completing sea trials starting in August. The destroyer equipped with this guided missile has a stretch. water to 12,000 tons, much larger than conventional destroyers and will play the main escort role in Beijing’s future aircraft carrier group. 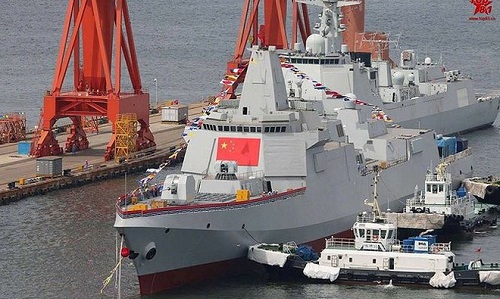 Type 055 is designed based on the Type 052D missile destroyer and is expected by the Chinese navy to become a rival to the American invisible Zumwalt class destroyer.

In terms of weapons, Type-055 is believed to have 128 vertical launchers (VLS) to fire anti-aircraft missiles and other types of ammunition, six more than the Ticonderoga-class cruiser, the surface-mounted class of ships. most of the US Navy’s weapons.

The Chinese military in late November may have for the first time successfully tested the long-range ballistic missile JL-3 from an improved Type-032 (Qing class) submarine on the Bohai Sea.